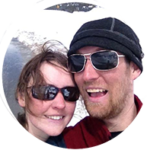 AvalancheLab.org was founded by Michael Murphy, CEO of Renaissance Recreations LLC, to create a place for like-minded backcountry enthusiasts to share snow data and information gathered in the backcountry. He attended college in Boulder, Colorado and decided to stay. His love for the outdoors and the mountains has been a mainstay in his life ever since.

After witnessing the aftermath of the January 2007 Berthoud Pass avalanche, Michael saw firsthand the power and danger that comes when the right conditions exist for an avalanche. As one of the first people on the scene, he and his friend went to work looking for survivors. Once first responders arrived, Michael pulled out his camera to help document the event, and his images were used by the Associated Press (AP) during the media coverage.

Since then, Michael has been looking for ways to share information to keep backcountry enthusiasts safer. His company, Renaissance Recreation was founded in 2011 and in 2014, they purchased the Avylab phone app. The company offers a free version for users to download and is working to develop a pro version with enhance features.